There is a problem

The weak representation of women in tech jobs is well documented and uncontested. Women represent less than 30% of the workforce at Google, Facebook, Twitter and Apple. A data set on women software engineers at 84 technology companies created by Tracy Chou of Pinterest is eye-opening. Overall, women represent 15% of all software engineers. Some notable stats include 8% at Yelp, 16% at Pinterest, 0% at Stackexchange (0/23). According to a study by MIT, venture capital (VC) investors prefer startups pitched by attractive men (seriously), and women-led ventures have received only 7% of all venture funds.
In Africa, data availability is an issue but the situation isn’t better. There are trailblazers like Ory Okolloh Mwangi, Juliana Rotich, Marieme Jamme and the ladies featured on this list. However, they are the exception that proves the rule. A Gartner study showed that women occupy 11.2% of technology leadership in Africa. Empirical evidence suggests there are less than 30 women with the advanced skills to develop world-class applications or technology solutions in most African countries. Technology startups in Africa often have no women co-founders, coders, UX or UI designers. The bulk of the female representation is in community management, sales, blogging and paradoxically in technology advocacy.

Studies show that women choices impact up to 85 percent of purchasing decisions and account for $4.3 trillion of the total U.S. consumer spending of $5.9 trillion. “This makes women the largest single economic force not just in the United States, but in the world”. According to OECD data, African “women’s economic activity rate, which measures the percentage of people who furnish the supply of labor for the production of economic goods, ranks highest compared to other regions of the world (including the OECD countries) with a value of 61.9”.
Companies such as Facebook, Google, Apple, or Microsoft are either social media networks or use them as fundamental components of their business model. It is virtually impossible for any company as a matter of fact to thrive these days without social media. Well, women rule social media. They outplay men in almost every category. 76% of U.S. adult women vs. 66% of men use Facebook. 30% of women vs. 26% of men check their social media accounts multiple times per day. 53% of women vs. 36% of men are likely to access deals for a particular brand or item through social media.
In Africa, women are among the most dynamic voices on the web. They drive the conversation and are at the forefront of the emergence of big ideas. In addition to the aforementioned Ory Okolloh and Marieme Jamme, there are some notable influencers. Nnenna Nwakanma has been an advocate for open source solutions and a more affordable Internet. Rebecca Enonchong, one of the most followed African on Twitter, has a strong record as a tech entrepreneur with a focus on Africa.

Technology startups and women in Africa: a perfect match

Technology startups are known to have a high rate of failure. Tunnel vision is often cited as a contributing factor for that outcome. Successful startups aren’t necessarily the best coded but rather the ones with the most disruptive ideas. Women can provide their perspective, life experience and creativity to design and make products people would really want to use.
Women inclusion makes a team more intelligent as a collective unit. Studies suggest that teams with women members are smarter. Actually, the more women on a team, the better it performs.
Tech startups often struggle to fill technical positions. According to the Kauffman Foundation, the ICT sector is 48% more likely than the economy as a whole to witness new business formation. These are high paying jobs. Developers make on average USD $89K per year and it doesn’t matter where they are located. Skilled women can enjoy the convenience and flexibility of working remotely or making their own schedules.

Building the pipeline for startups in Africa

Many argue that fixing the pipeline would solve the women in tech problem. By telling young women about computer science, showing them opportunities that lay ahead, teaching them how to code and providing them with female role models will increase numbers and lead to parity. Although it is important to fix the pipeline, it is more than a pipeline problem. The startup scene is replete with sexism, sexual harassment, unhealthy competition and other ills that turn women off. A Harvard study found that more than half of the women in the tech leave the field at mid­career due to the culture of their work environment. Recent events including gamergate and the Tinder lawsuit tend to confirm that “brogrammer” culture is a real issue.
In Africa, the startup ecosystem is still in its development stages. Although women are currently underrepresented, there is an overall knowledge and achievement gap on the continent when compared to the rest of the world. In Benin for example, empirical research suggests the availability of 15-20 adequately trained women programmers compared to 30-45 equally qualified men. There is an opportunity to act before the gap widens.
It starts with an all-women approach, taking into consideration the root causes of their underrepresentation.

The all-women approach is not new. Ada Developers Academy based in Seattle is a yearlong intensive training program for women transitioning into software development. The Hackbright Academy in San Francisco is an engineering fellowship for women offering 10 weeks of training from beginner to software engineer.
While these are great programs, the suggested approach goes beyond programming skills. It intends to build a sturdy and long lasting pipeline that will supply not just great programmers but other relevant high level skills for the startup ecosystem. UX, UI designers and Web Marketing/CRM specialists are equally important to make good products. Focusing on culture will also be important for success. Participants will be able to identify how values and decisions can make or break ventures.

High Impact in the short term

Adequately preparing a small number of women every year for tech startups in Africa can have a game-changing effect on the whole ecosystem. By the end of the first year, a cohort of 25 young women will more than double the estimated pool of currently available talents in most countries. Within 3 years, all things considered, the program can match the number of men with similar skills. On the program five year anniversary, women could easily surpass men when it comes highly qualified programmers, designers, marketers and other advanced skills needed to build successful technology startups.
An Africa where parity is easily achieved on startup teams or better where women-only startups exist and thrive is possible. I know this because my company TEKXL has used this approach to train mixed gender teams with outstanding results. As the saying goes, the rest is history. 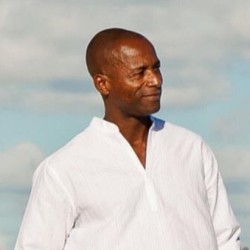 CEO and Co-Founder at TEKXLL
Senam is a co-founder of TEKXL. With an education in law, political science, international development and instructional technology, Senam has a unique gift for proposing common sense solutions to transform communities, businesses and individuals. A serial entrepreneur, he has founded or invested in over 15 companies/organizations in the past 20 years. Senam believes in simplicity in design and process. His other interests include playing tennis, philanthropy and photography.